FROM THE EXECUTIVE DIRECTOR: OUR INSIGHTS FROM COP15

This year, POW Canada received observer status at COP-15, the UN’s global biodiversity conference, a major opportunity to represent the voices of the outdoor community at a critical moment for protecting nature globally.

I took the train to Montreal for the opening week of the conference, knowing that Canada - and the world - were aiming to secure an ambitious goal, to have 196 countries agree to protect 30% of land and water by 2030, just 7 short years away.

It’s hard to overstate the scale and the chaos of these events with 12,000 people expected to attend the conference, held in Montreal but officially hosted by China. The rainbow-tinted Palais de Congres was surrounded by security, and filled with everyone from suited-and-booted Ministers, to youth climate activists, to Indigenous delegations in full regalia, to buddhist monks and Catholic nuns. The agenda, which contained multiple simultaneous events across several locations, would change daily, requiring constant adjustment and scrambling to get to the right place on time. Daily music, cultural and arts performances held alongside the swell of people in common areas added additional colour to the overall sensory overwhelm - in a good way. 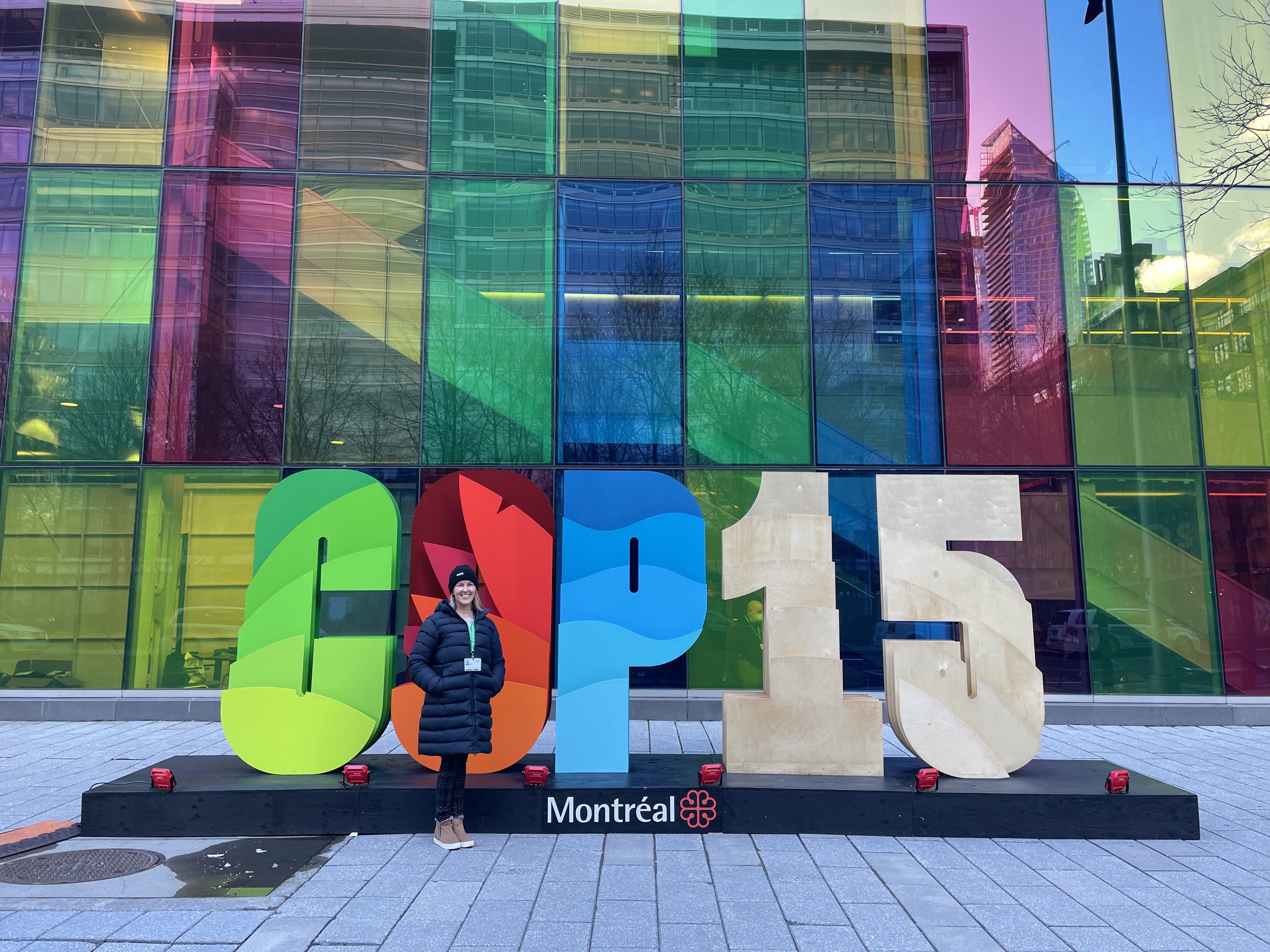 The idea of 30x30 is neat and appealing, but it hides a pretty complicated reality. First, every country approaches the negotiations with different goals, domestic challenges and financial pressures - which helps to explain why the conference started with over 1200 sections of the draft agreement still needing to be resolved. Second, even if agreement on the principle is reached, the implementation is extremely complex. Countries need to consider the sort of areas to be protected - it’s not much good classifying land set aside for forestry as protected, because those areas don’t have true biodiversity to begin with. They also need to consider Indigenous perspectives such as land and traditional hunting rights and land stewardship practices, and the economic interests of groups already using areas to be protected (e.g. farmers or fishing industries), not to mention prioritising both budget and political capital to make this happen.

With that said, it was great to see Canada showing real leadership at the conference. The government is leading the push for a global agreement to 30x30, and made announcements that show we’re putting our money where our mouth is - including $800 million for Indigenous-led conservation projects covering over a million hectares of land, and $350 million to support biodiversity efforts in the developing world, where access to funding is often a major obstacle to conservation.

Canada currently protects an average of 13% of lands and waters domestically. Although we’re making progress in this area, there’s clearly more work to be done, and the provinces will need to get on board as well as the feds if we’re going to achieve 30x30.

What about the economy?

Of course, humans need land to live and work. Our current reality means we need land for farming (a lot of it), for roads to bring food and goods to cities, for factories that make our clothes, steel, bikes, skis, phones… you get the idea. These needs aren’t going to go away (although they can be adjusted), so it’s important we figure out a balance between having an economic system that allows us to continue thriving, and not destroying the planet in the process. Right now, the scales are very clearly tipped in the wrong direction, with one third of land on earth degraded by humans, and 60% of terrestrial wildlife lost in the last 50 years alone. 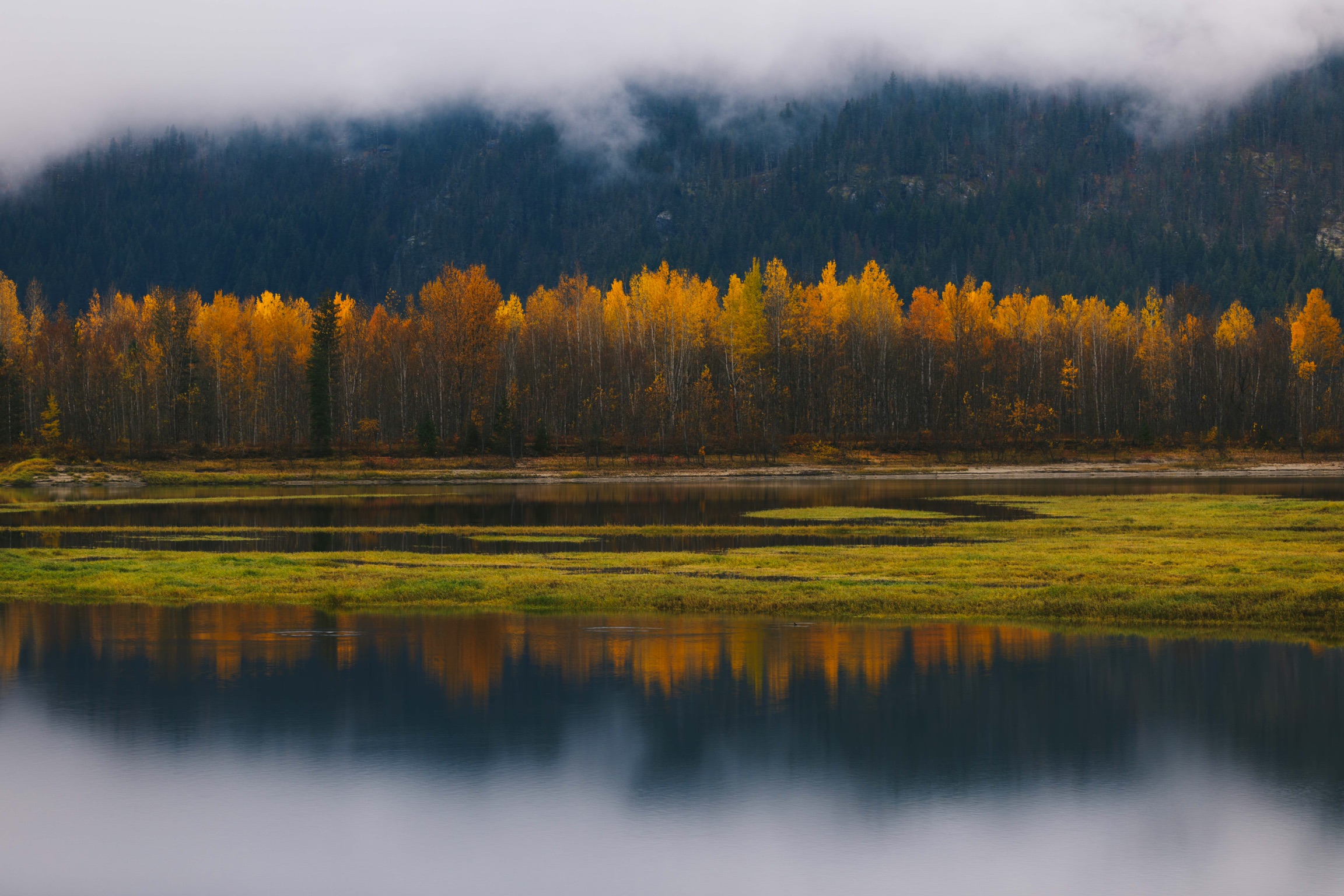 UN secretary general Antonio Guterres perhaps said it best in his opening ceremony speech: “Multinational corporations are filling their pockets while emptying the world of its natural gifts. We are operating at unsustainable levels of consumption and production.”

While many businesses are genuinely working hard to reduce their impact, others have a less altruistic agenda. One of the most interesting sessions I went to was on business and nature. There, Friends of the Earth International presented a new report highlighting corporate influence over biodiversity negotiations, particularly from oil and gas and mining interests. Some of the tactics being employed at this and other conferences include:

While it sounds a bit like something out of a James Bond movie, this is what goes on behind the scenes at international negotiations. That’s why it’s SO important that organisations like POW Canada can show up and remind delegates that the world is watching. It was reassuring to see a big presence from groups that have nature at  heart - not just nonprofits, but also academics, scientists and nearly 500 Indigenous delegates from all over the world.

So, will COP-15 be a success? Some good progress has been made, including an agreement from all countries that Indigenous communities must be consulted in biodiversity decisions. Through hours of work, often late into the night, the draft text is now 35% cleaner (meaning fewer areas of disagreement), but high level Ministers are still arriving in Montreal on Thursday to try and hammer out the final document with many gaps to address.

It’s pretty clear that the UN negotiation process is slow, cumbersome and flawed in many ways. And yet, past meetings like Paris and Kyoto show us that messy and complicated processes can still lead to strong outcomes that hold governments to account for their climate commitments. It might be the best imperfect system that we have.

Want to add your voice for strong biodiversity legislation in Canada? Sign our petition calling for a Federal biodiversity Act that will help ensure we reach 30x30