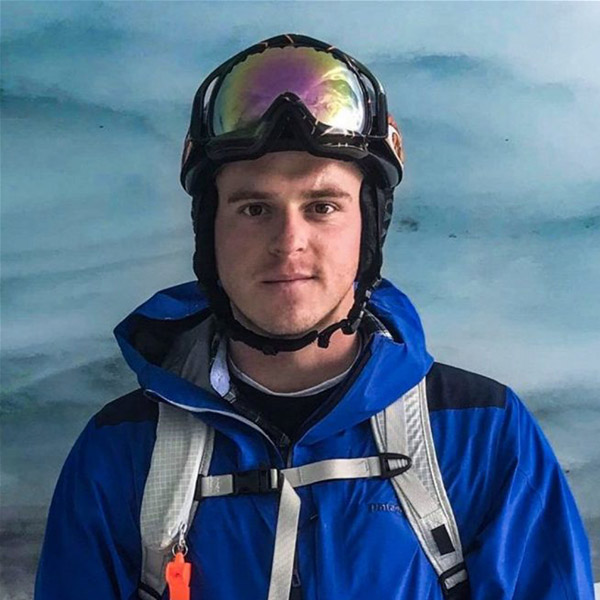 Digital Marketer and Professional Outdoors Photographer. Originally growing up as a ski racer and sprint canoeist in Ontario, John moved West with his camera after graduating University to pursue the mountain lifestyle. John’s portfolio consists of clients across 4 continents including names such as Subaru, Laos Tourism, and the International Conservation Fund of Canada. John has worked on other conservation and climate projects such as the Kayapo Project with the Kayapo Tribe in the Brazilian Amazon. He is now based in Whistler, BC. 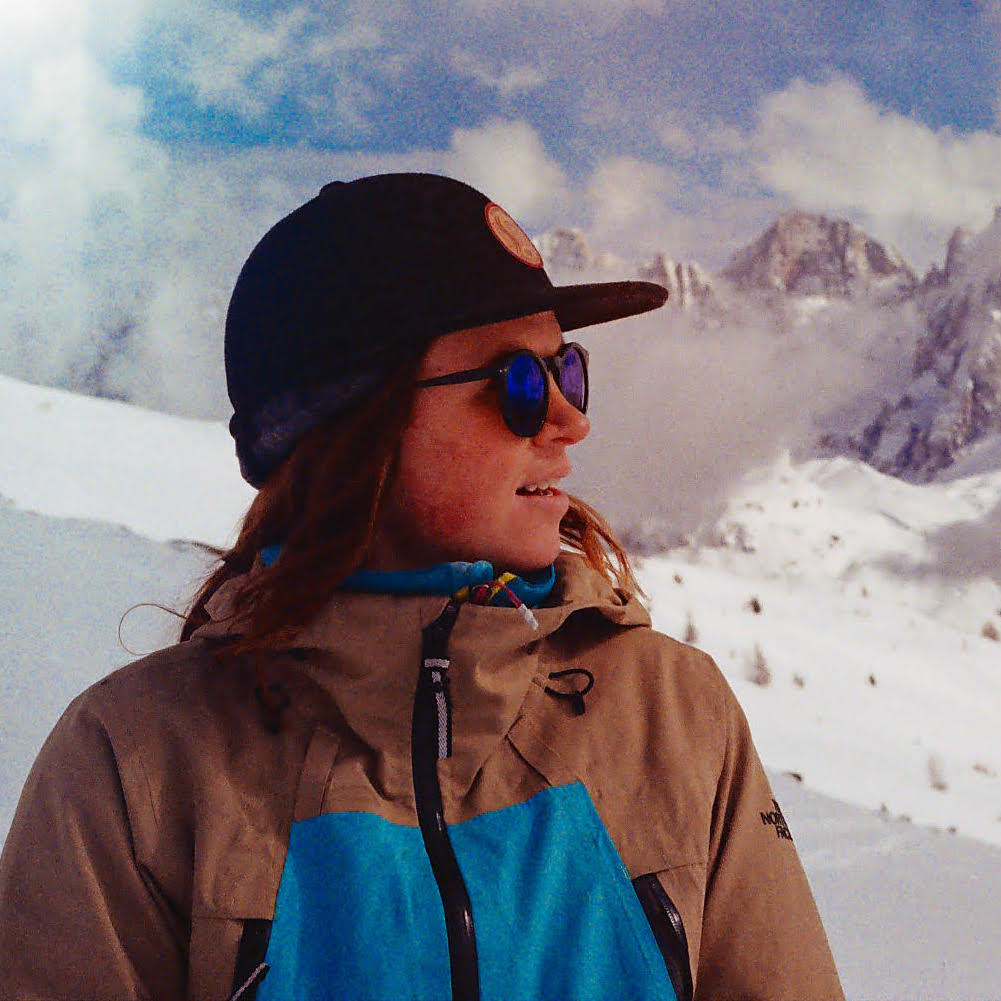 Nat Knowles is a climate scientist, wilderness conservationist, and outdoor athlete. Her research focuses on mitigating climate change, managing its inevitable impacts, and using outdoor recreation and tourism for sustainable socio-economic development. She completed a Master of Science on these topics at the University of Oxford and is now a PhD candidate at the University of Waterloo. While currently an avid backcountry adventurer, as a former alpine ski racer she won two NCAA National Championships with the University of Denver, and represented Canada at the World Junior Championships and the World University Games.

As a passionate cyclist and skier, social responsibility and environmental conservation are the guiding principles behind Max’s work as a designer. With over 10 years of experience at design agencies and pro sports teams, he wanted to use his creativity for something more valuable than product sales. Max hopes to contribute thoughtful and engaging work that helps grow POW Canada and its influence on climate policy. 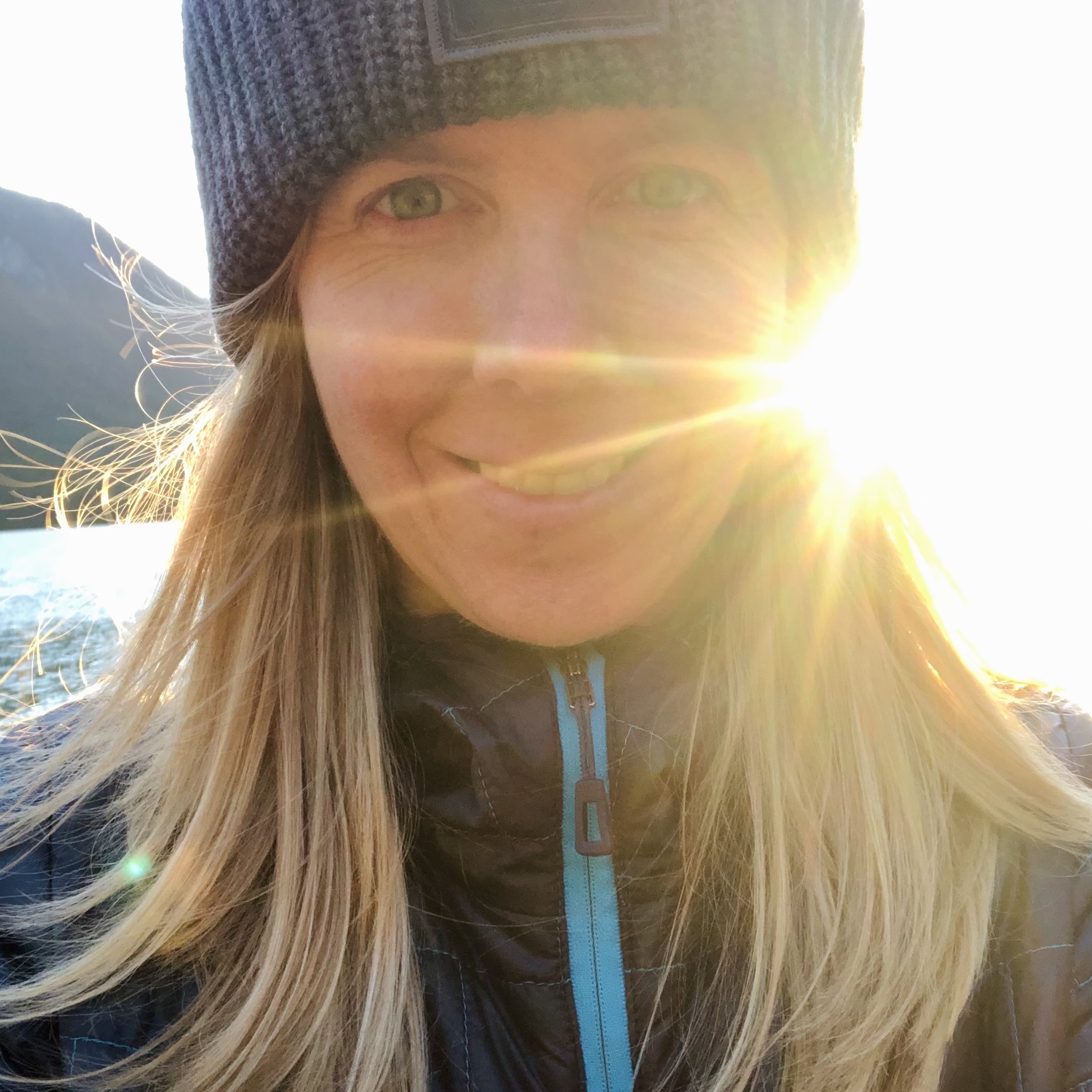 Having grown up in the ski industry in Quebec, Anik has always been a passionate skier. Through the ski industry she was able to take on many exciting professional opportunities, most formidably working as the Whistler Blackcomb Brand Manager for over a decade. With a BCom in Strategic Management and Sustainable Development, she has always been driven to create purposeful campaigns and movements using the brand voice for good. Having the opportunity to join POW as the interim Program Director is truly a dream come true with being able to use her skills and experience to advance climate policy. As a mom of 2 young boys, it is important to her to give them a good example of merging purpose with work and play. She resides in Whistler, BC. 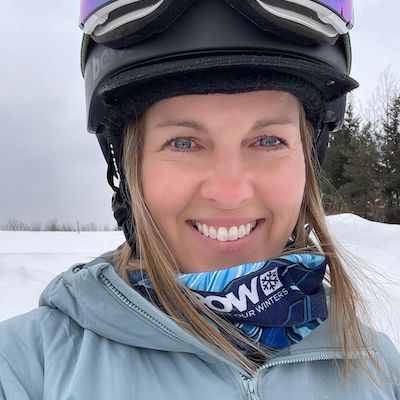 Ali has worked with POW Canada in a variety of capacities since its inception, and took on the role of Executive Director in 2022. A recovering lawyer and management consultant, she couldn’t be happier to be turning her passion into purpose. Ali is a keen skier and hiker, and a mom to two awesome little humans. That accent you hear is Australian. 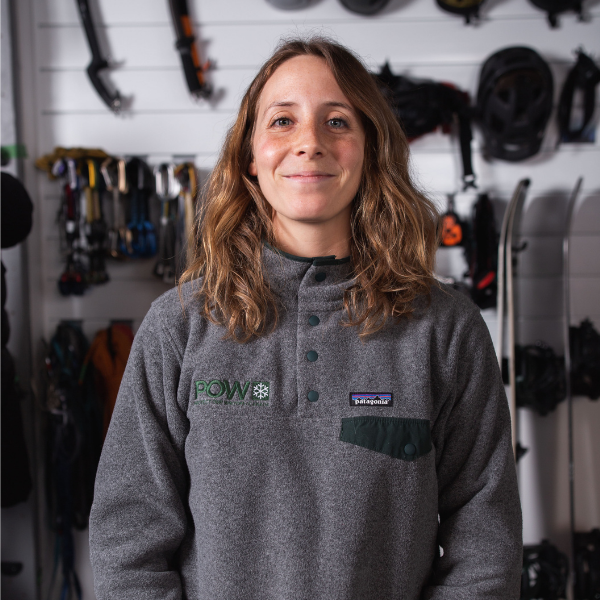 Arianne is an outdoor enthusiast and a people person. She specializes in marketing and communication with her experience in advertising agencies and the outdoor industry. Deeply concerned about the planet and convinced that the climate crisis can be reversed with people working together, she has been a sustainability advocate for years. Her experience working in the outdoor industry allowed her to influence her team and partners to make a difference on a larger scale through meaningful campaigns and initiatives. She decided to become a vector of change by combining her passion for the environment and her knowledge and experience in marketing to the benefit of POW Canada as the Strategic Partnerships Director.

As a not-for-profit organization, Protect our Winters Canada is governed by a board of directors who are responsible for the strategic direction and overall governance of the organization. 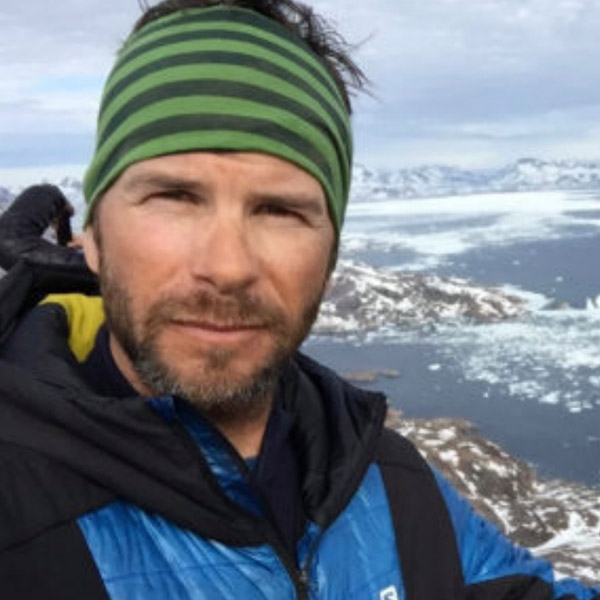 Mike Douglas has been called one of the ten most influential freeskiers of all time. He, along with the members of the New Canadian Air Force, pioneered modern freestyle skiing and developed the first high-performance twin tip ski with Salomon back in 1997. Since then, Mike has won dozens of awards for his skiing and more recently, added award-winning filmmaker to his resume. His company, Switchback Entertainment, produces documentary adventure films and the web series Salomon TV.

Mike has spent most of his life training for skiing on the Horstman Glacier in Whistler, British Columbia. Over the years, he started to notice the glacier shrinking and changing. He noticed that not only was it changing, but the change seemed to be accelerating. Around the same time, there was more and more talk about global warming and climate change. Mike realized it was happening right before his eyes. Since then, he has been a major advocate for climate action, highlighting the importance of using our collective voice to make a difference. 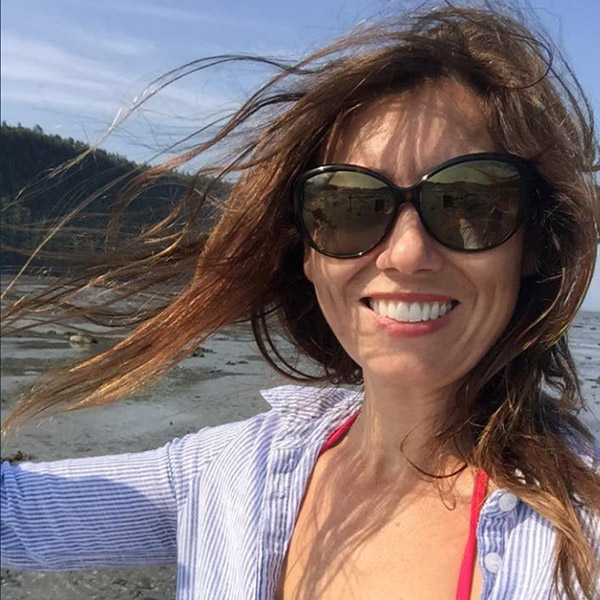 As one of mountain sport industry’s leading marketing strategists and co-owner of Origin Design & Communications, M-J Legault is the driving force behind several mountain sports and destination marketing campaigns. Legault holds a degree in Marketing from Concordia University and has worked in ad agencies based in B-C, Colorado and Vermont, never straying far from the mountains that inspire her. Legault has worked with brands such as Salomon, TNF, Jay Peak Resort, Taos Ski Valley, Lululemon and Whistler Blackcomb. After a stint at Origin’s Whistler office, Legault saw the potential for expanding the Origin brand and, in 2002, she piloted her motorcycle east and opened an office in Montreal, where she now lives. MJ is a frequent speaker at conferences for The National Ski Areas Association, Mountain Travel Symposium, The National Parks and Recreation Association and the Outdoor Industry Association. 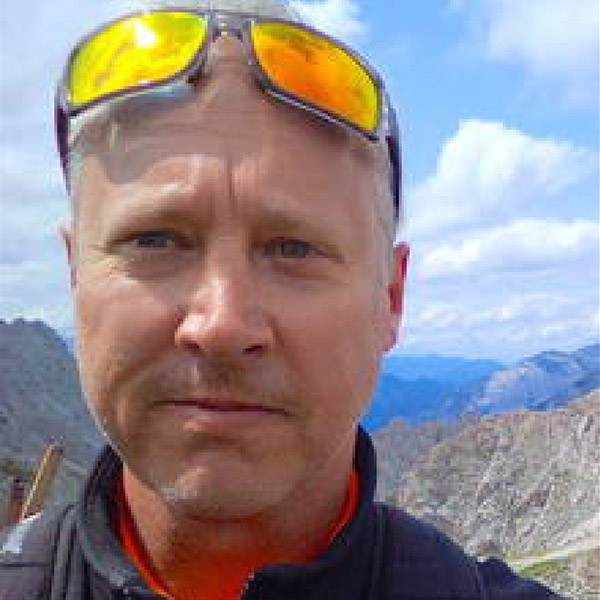 Dr. Daniel Scott is a Professor and University Research Chair in Climate and Society as well as the Executive Director of the Interdisciplinary Centre on Climate Change at the University of Waterloo (Canada). He has worked extensively in the areas of climate change and the global tourism sector, including collaborations with the United Nations World Tourism Organization, United Nations Environment Programme, the World Meteorological Organization. Dr. Scott has been a contributing author and expert reviewer for the Intergovernmental Panel on Climate Change Third, Fourth, and Fifth Assessment Reports. 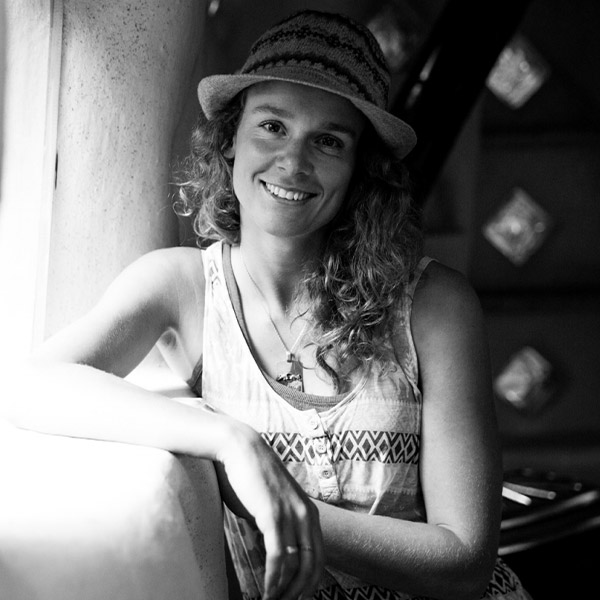 Marie-France Roy grew up in Quebec, Canada, and began following her two older brothers around the local resort on a snowboard at 11 years old. A love for snowboarding influenced her move to Whistler, British Columbia, where she began happily living the life of a professional snowboarder for over a decade. From her early competition experience at the X Games to her more recent back-to-the-mountains approach, Roy has travelled the world while enjoying the ride. Known for being one of the most stylish and versatile riders in snowboarding, Roy is also recognized for her humble and giving nature. She is the recipient of the 2015 Climate Activist Award from Protect Our Winters and TransWorld SNOWboarding magazine. Roy divides her time between Whistler and a self-built, environmentally-minded cob home on the west coast of Vancouver Island. 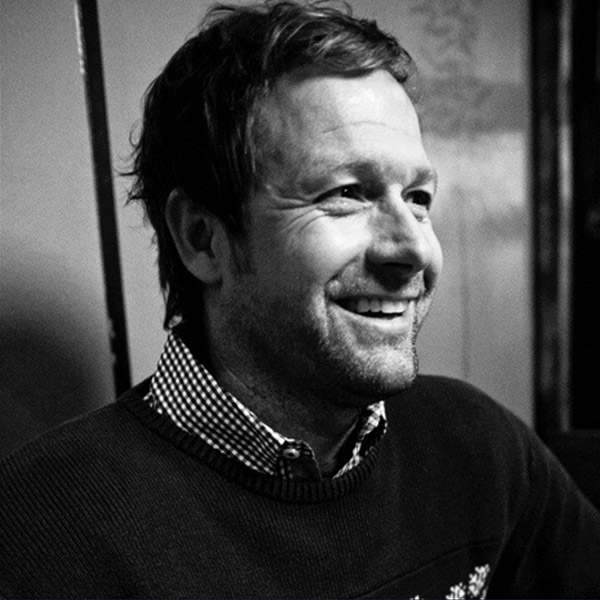 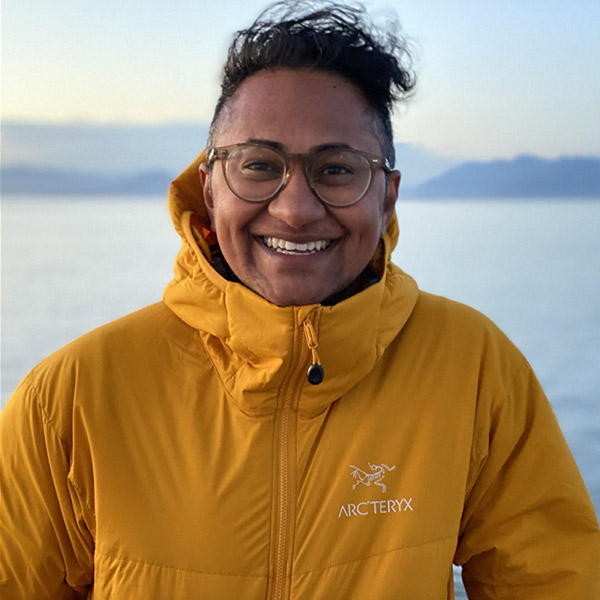 Amil Reddy, CCIP (they/them): my personal lens
Trans person of colour
Child of immigrant, Grandchild of indentured labourers, Settler
Parent of human and fur babies, Partner to someone who challenges me
Friend, Bridge builder, Lifelong learner
Coffee over tea (except mom’s chai), bread making over winning, trails over streets
Why a lens vs bio? It’s my perspective and how I see the world. I developed the lens as a way of disrupting the traditional biography and centering diversity of perspective. 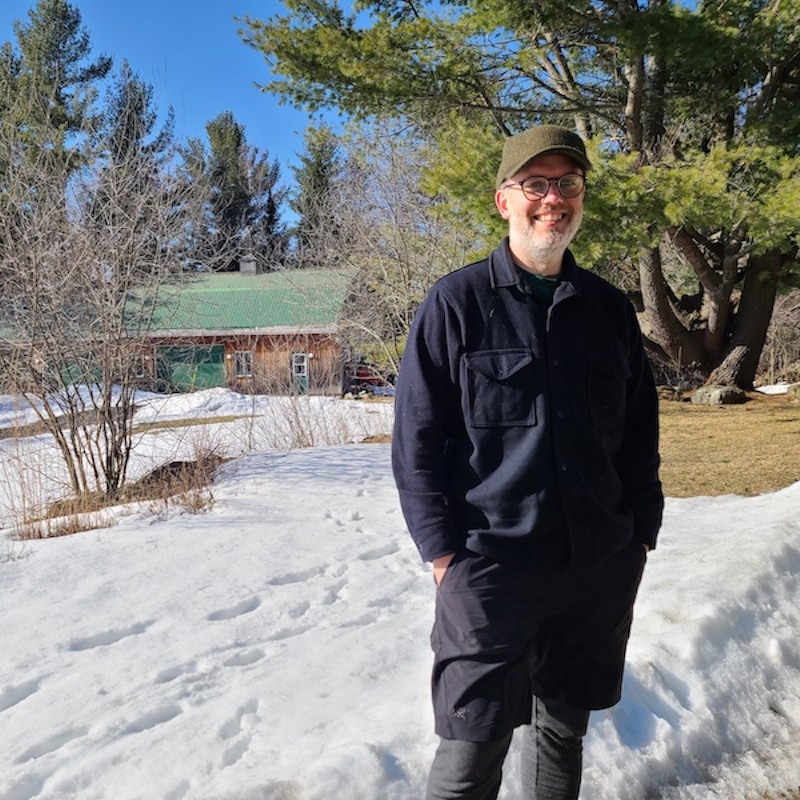 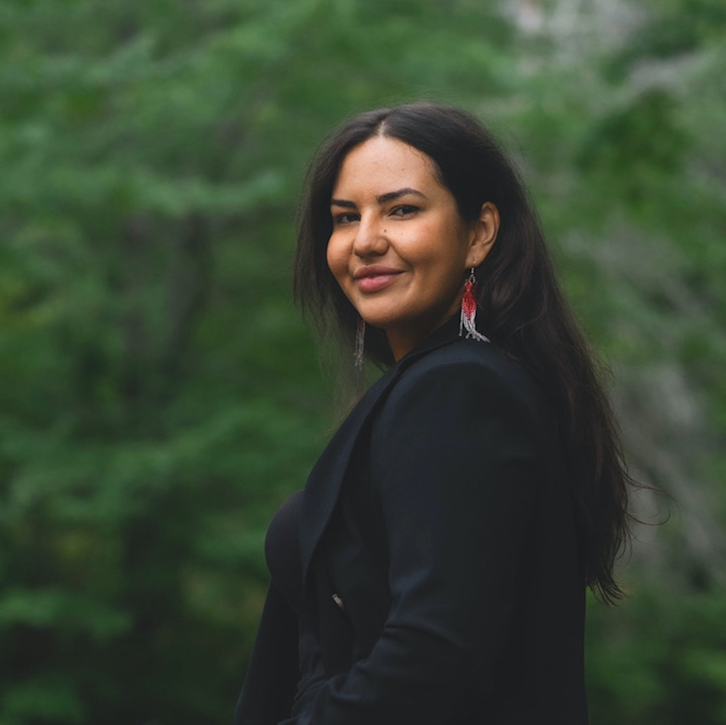 Sabre Pictou Lee is Mi’kmaq from Eel River Bar First Nation in northern New Brunswick. Sabre is an experienced Indigenous liaison and researcher and the CEO and Co-Founder of Archipel Research and Consulting. With her facilitation and mediation expertise Sabre works to build bridges between Indigenous and non-Indigenous organizations. Sabre is also an avid outdoor enthusiast and athlete who works to honor land stewardship. She currently lives in her home territory of Mi’gma’gi with her partner and their pooch, Moose.