LOSING OUR COOL: THE FUTURE OF SNOWSPORTS IN A WARMING WORLD

A research report examining the impacts of climate change through the careers of two prominent female Olympic gold medalists: Nancy Greene (gold in 1968) and Ashleigh McIvor (gold in 2010). Using the latest in climate modelling the report also looks at the projected impacts
of climate change on future Olympians and Canadian ski areas. Keeping our cool depends on the emissions pathway we choose!

If high emissions continue, the Nancy Greene Ski Leaguers of today and tomorrow can expect much shorter seasons and more variable weather and snow conditions than Nancy Greene herself experienced, based on a study from the University of Waterloo. The average winter temperature in Nancy’s home resorts of Sun Peaks and RED Mountain have already increased by 1.3-1.4oC since her training days in the 1960s. With an expected increase of 5.3-5.4oC by the 2080s, average winter temperatures will be above freezing. Even with massive advancement and investment in snowmaking, local Rossland ski area Sun Peaks is projected to lose 12% of their current season by the 2050s and nearly a quarter of their season by the 2080s if the world continues to emit carbon at a high intensity.

For Ashleigh McIvor in Whistler Blackcomb BC, her son Oakes can expect to see season lengths decrease by 9% over his lifetime into the late 21st century. Over the same timeframe, in Quebec, Olympian, World Champion and POW Canada member Erik Guay’s home mountain of Tremblant will lose between 13-20% of its current ski season and require 402% increase in snowmaking to continue to operate. Ontario ski racers following in the footsteps of Crazy Canuck Steve Podborski or current National Team and POW Canada member Erin Meilzynski can expect the ski areas they grew up on to disappear because of average seasons less than 20 days, even with 733% increase in snowmaking. Even Canada’s own Olympic and World Cup venues in Calgary and Lake Louise will see season lengths reduced by 28% and 16% respectively.The great white north is losing its snow. 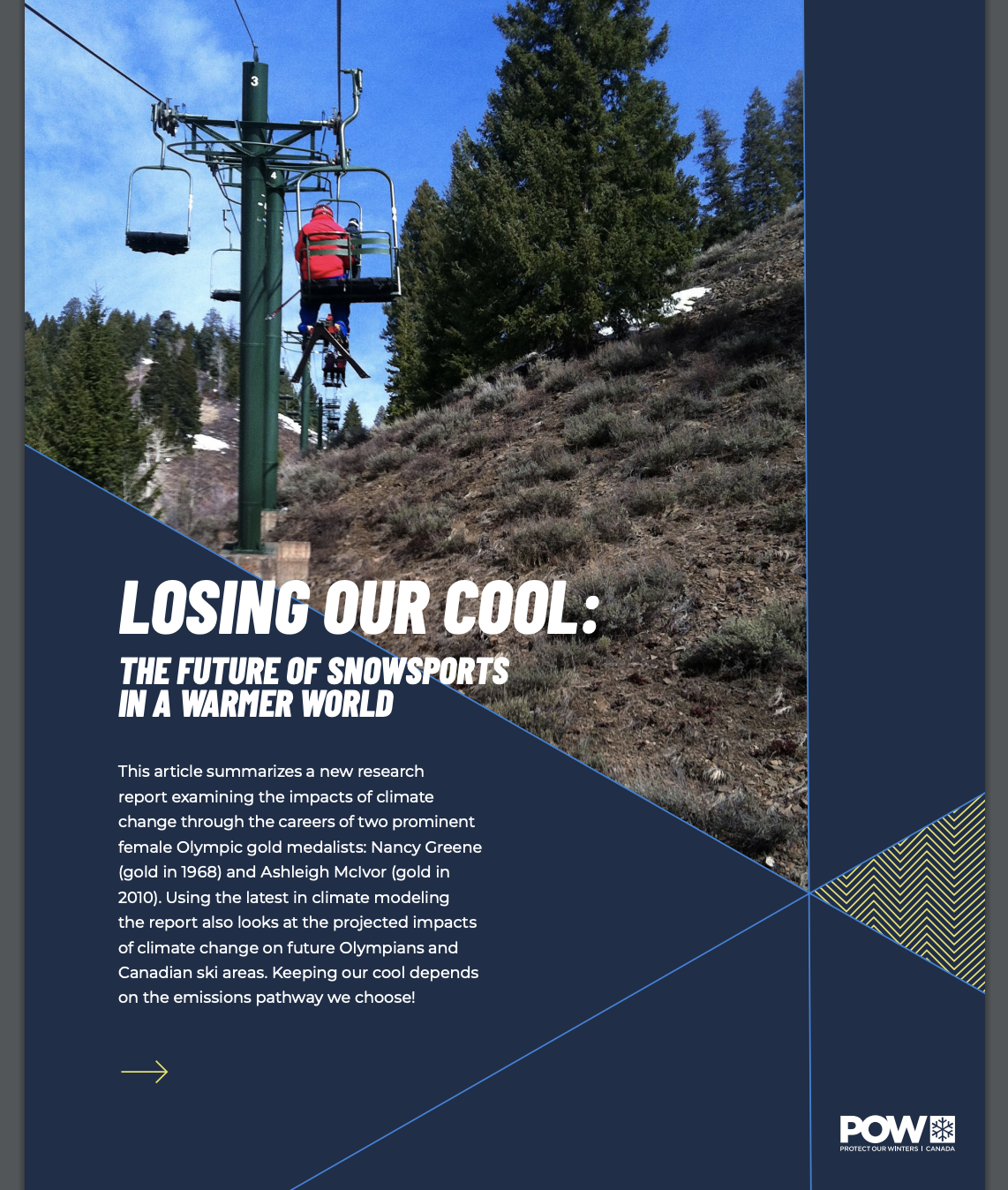 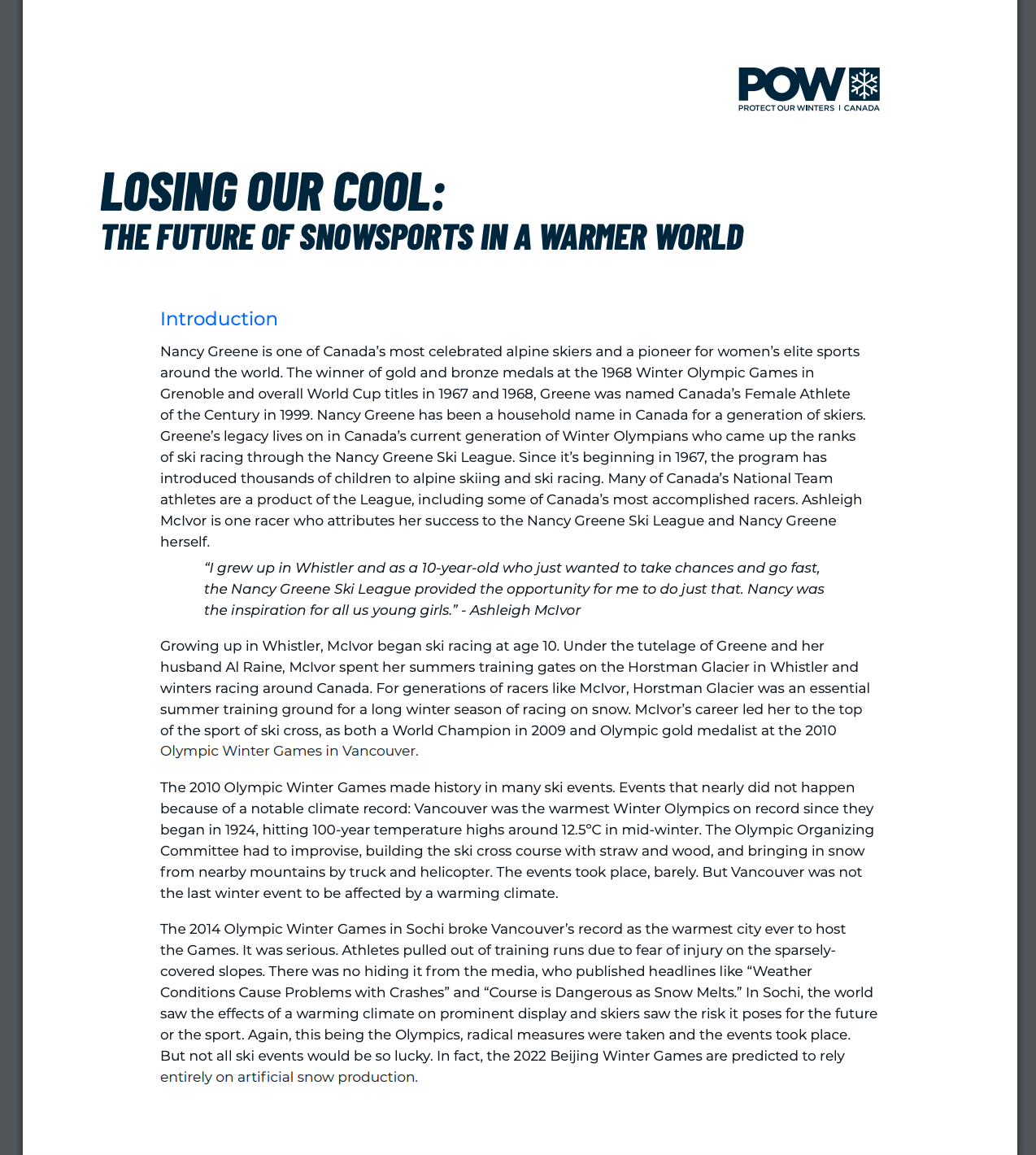